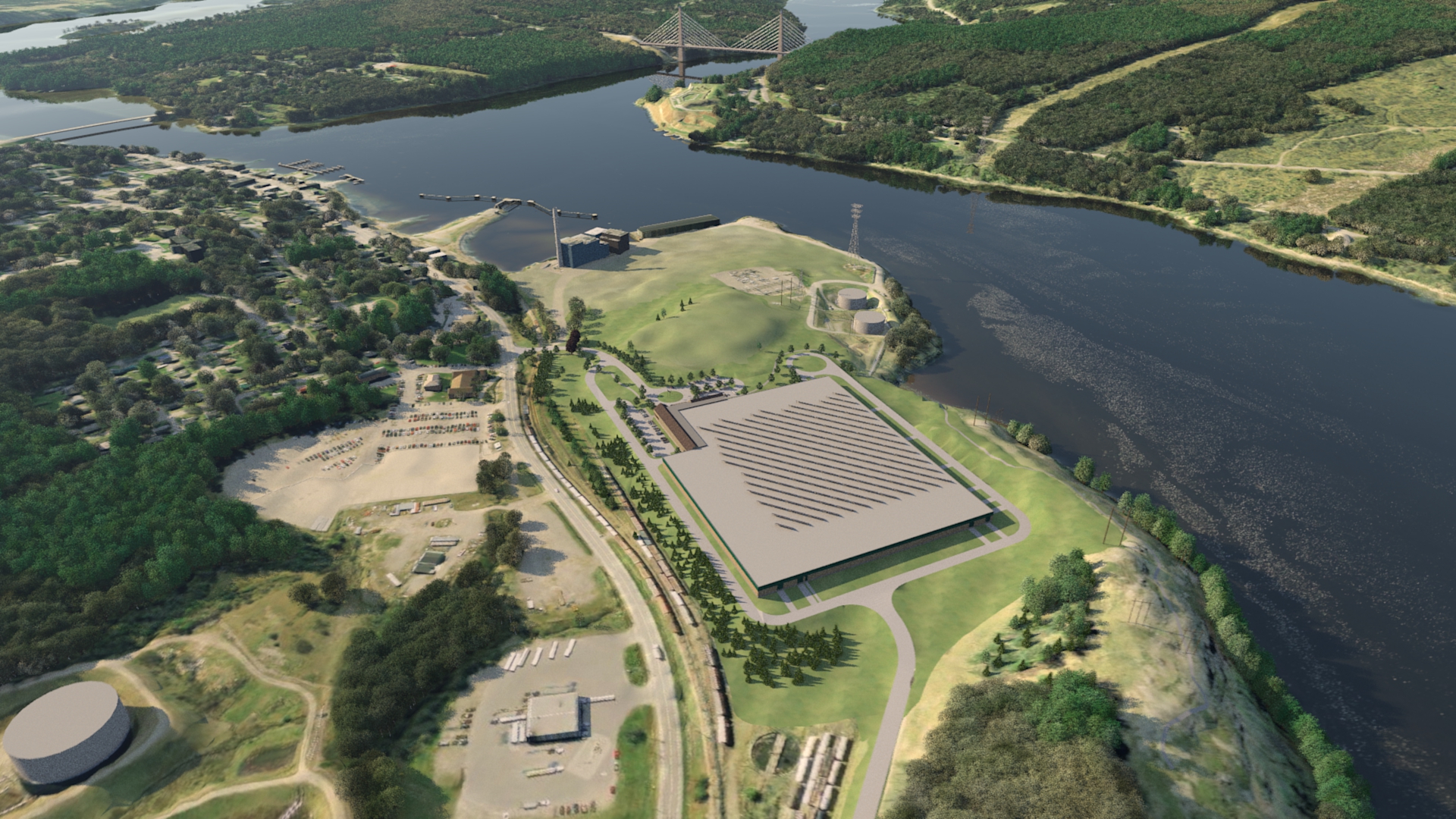 PORTLAND, Maine | February 21, 2018 – When Whole Oceans’ CEO Rob Piasio was growing up in Yarmouth, Maine, he knew that one day, he would help his state grow and prosper.

After more than six years of research and preparation, Rob is leading efforts to launch Whole Oceans, a state-of-the-art recirculating aquaculture system (RAS), that will raise Atlantic salmon on the site of the former Verso paper mill in the heart of Bucksport, Maine.

At full production, Whole Oceans will create hundreds of direct jobs and invest more than $250 million in Bucksport.

RAS is an entirely land-based technology that optimizes growing conditions that help fish thrive. Water is continuously recycled through ultra purification systems, creating a clean, healthy growing environment that eliminates the use of antibiotics. The result is an earth friendly, superior grade salmon.

“The time for RAS has arrived and Whole Oceans will make Bucksport a global leader in sustainable Atlantic salmon production,” according to Piasio. “But this story is much bigger than just Whole Oceans. This story is also about the resiliency and determination of towns throughout Maine that make projects like this possible. Whole Oceans is entering a long term partnership with the community of Bucksport, a responsibility we accept with the greatest care, and together we will strive to make Whole Oceans a source of pride every single day.”

The arrival of Whole Oceans is welcome news to Maine Governor Paul R. LePage, whose administration and regulatory agencies have been monitoring the progress of Whole Oceans.

“’Maine is open for business’ has been my motto from day one,” the Governor said. “Whole Oceans and its Maine-grown team will be an important addition to our state’s economy and transformative for Bucksport.”

Whole Oceans is confident that land-based Atlantic salmon is a product in high demand. How confident? Whole Oceans already has pre-sold 100% of its total production for the next 10 years.

According to Ben Willauer, Whole Oceans’ Director of Corporate Development, Freeport resident, and current board member of the Nature Conservancy of Maine, “In all my years in investing, I have never seen a more obvious and compelling business model than Whole Oceans. All aspects of this plan have been carefully considered, with an uncompromising dedication to ‘doing the right thing’ toward every decision, at every level. It is with great pride and purpose I am able to help bring this project to Bucksport.”

Whole Oceans is garnering praise for its desire to bring an industry that provides both prosperity and environmental sustainability to Maine.

“Aquaculture is a centerpiece of our state’s ocean economy.  As a result of careful planning and effort, Whole Oceans is bringing a new opportunity and economic diversification to a former industrial site, creating renewed economic vitality and jobs,” said Senator Angus King. “The innovative Whole Oceans aquaculture facility will reflect our ocean heritage in a new, environmentally sustainable manner.”

The Whole Oceans team understands that keeping Maine beautiful and maintaining its natural resources are vital. “The logic behind Whole Oceans is simple: modern RAS technology provides a truly win/win outcome,” states Piasio. “Over time, Whole Oceans’ mission is to capture 10% of the U.S. Atlantic salmon market using only earth friendly technologies. We will create hundreds of jobs and cement Maine’s leadership in the future of land-based aquaculture.”

“To execute our plan, we have assembled a team of global leaders in land based technology, including Billund Aquaculture based in Denmark and the Conservation Fund’s Freshwater Institute in West Virginia,” according to Piasio. “The Whole Oceans team brings together the world’s longest and unmatched track record of success.”

True to its working roots, Bucksport and its town leaders have pulled together to redefine and refocus the community following the shuttering of the Verso paper mill. When Rob approached Bucksport town manager Sue Lessard with his proposal to repurpose the abandoned mill site, the response was enthusiastic and welcoming.

“We have been working diligently for the past two years to find businesses willing to invest significant capital and provide good jobs in the region,” said Lessard. “Along with Rich Rotella, Bucksport’s Community and Economic Development Officer, we have been speaking with the Whole Oceans team for some time and are excited they have chosen Bucksport for this amazing facility. This business will provide an environmentally friendly industrial component for Bucksport while utilizing the assets of the former mill site. It will be an important partner in helping to move the community forward as we improve our economic vitality and diversity.”

Whole Oceans is breaking ground in Bucksport in 2018 and is already an important part of Maine’s future. And the future is now.